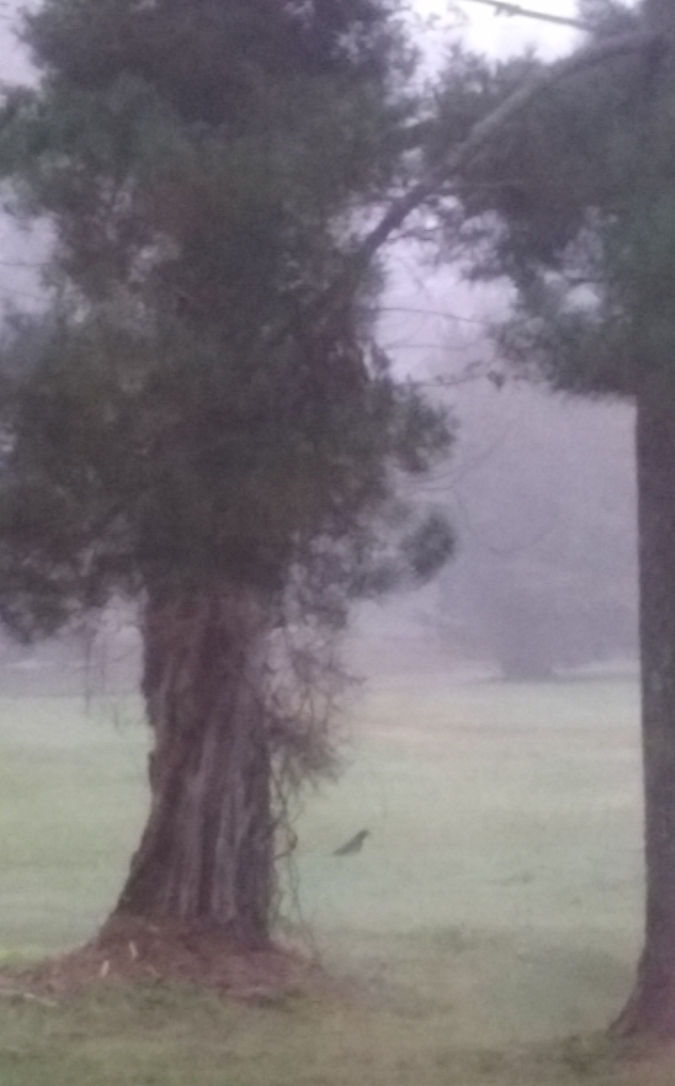 Crow on a foggy morning Photo by M.A.D.

We start to dream when we are children. We imagine fantastic worlds, magical places, dream  of toys, and in general, anything seems possible and attainable. As we grow up, we learn that things are not always as we imagined or hoped. We learn disappointment when we don’t get the toy we expected, or pain and sadness when a beloved pet dies. Other children learn these lessons on a more somber note, the death of a parent or friend, hunger, or abuse. Every person experiences life in a different way at a different level. However, we manage to keep on dreaming throughout adulthood, and many, up to the time of death.

We have idyllic expectations in life, and many times we are lucky enough to live many of those dreams. Sometimes what we have imagined, what we have carefully crafted in our minds, does not match the accomplished/realized dream. It is a total let down, another disappointment in life, and almost as if we never learned those childhood lessons. It is the theme of many stories. Writers experience disappointment when books do not sell as well as expected or hoped. In anything in life there are ups and downs, and those are necessary for growth, to take us to the next level through a natural flow. It is called living.

When I moved from New Jersey to Virginia (USA), I moved from the city to the country. I had idyllic expectations of what country living would be like, romanticized ideas as well – green pastures, grazing cows, rolling hills, fresh air, cozy winters … I can go on and on. Little did I know that the first year I would encounter a cloud of migrating lady bugs look-alike japanese beetles in our area, landing everywhere and looking for shelter before winter. These would arrive in waves throughout the day for weeks. At the same time, a large amount of alien bugs (alien to me that is) known as stink bugs was trying to do the same, look for shelter before winter. Autumn, my favorite time of the year had turned into a nightmare. I was not used to these insects nor was I used to these clouds in number, or any other type, as I had lived pretty much insect free for most of my life, being bugged by an ocassional spider or a lonely wasp. Mosquitoes were my only nuisance as I lived near the water. I was afraid to go outside during the “arrivals” and soon I learned to time their peak hours. Luckily their presence lasted less than a month, that is, until next season. Winter became my favorite time of the year. Cold weather meant no bugs. Spring became a bug fest as well, and for the first time I realized that there were so many, oh so many, insects I had never seen. Never did I experience so many types of wasps flying at once. Soon my closest neighbors became used to my screaming fits, and the occasional sight of a mad woman running through the field being followed by a giant wasp.

The idyllic expectations about country living gave way to reality. I told my friend that living in the country seemed to be more work than living in the city. Awareness became important as well. The other day I was heading out the back door to pick up my mail, and as I stepped down only two steps, a leaping deer crossed in front of me followed by another one, a very close call. Farm dogs were running after them, and being terrified, they were flying for their lives. I was so lucky; one more step and there would have been an unfortunate encounter with nature. I have seen the damage deer can cause to cars. On another occasion what I thought was a piece of black rubber left behind was a black snake.

The point to all this rambling is that at one point, when reality does not match idyllic expectations, we get to decide how we are going to set our focus, and that will determine the degree of “happiness or disappointment” as well as our next step in life. Do we focus on the less  than perfect image or do we start seeing the rest of the picture? So many other beautiful and interesting things can be found in it. I am starting to enjoy Autumn once more. Every day I see something different, from colorful and weird mushrooms to even four-leaf clovers. I have found four so far.

I always try to relate every blog post to the topic of writing. Maybe books are not selling as expected, and you are thinking about quitting writing, even when you love it so much. You are a story-teller and writing is like the air you breathe. Maybe you can adjust your focus away from profitability or recognition, and see the beauty in finding words to tell a story that has been sleeping in your imagination. The story that will be shared with the world, whether it makes you money or not. After all, if you love telling stories so much, and these stories have become alive inside the pages of a book, it only takes one reader to make them real. The purpose has been met. When reality does not match idyllic expectations move your eyes away and place them back on another spot.