Yesterday, I found myself thinking about many things going on in this nation – political, moral, financial, social, ethnic … the list goes on. At first glance, it appears as a big mess going on in all directions. One particular issue I thought about was the new abortion law in New York, and the same issue and political mess in Virginia (USA). I’ve always been a very open minded person and one to consider many points of view before making up my mind. This is one issue that no matter how I look at it, I cannot understand or justify. How is it not a crime to end the life of a baby, especially at the point of delivery? How is it not immoral? We call the construction of a border wall immoral, but not the killing of a baby? How did we get here as a nation?

I was asking myself that when these words crossed my mind – “The state of a nation depends on the evolution of its people.” A sort of answer to my question. Then, I thought about these two words.

Nation – An aggregation of people organized under a single government. (American Heritage Dictionary)

Evolution -A gradual process in which something changes, especially into a more complex form. (American Heritage Dictionary)

What have we evolved into? Our currency reads, In God we trust.

Genesis 1:27 – God created man in his image, in the divine image he created him; male and female he created them.

We have not understood the meaning of life.

The other day, I was looking outside at the first signs of autumn, looking for an amber or red leaf here and there, while enjoying the silence that surrounded me. I could only hear the birds outside. The cats were sleeping, so the silence embraced the home. I love the green-yellow color of the grass as it is getting ready for winter to come. Autumn is a transition for nature, just as people have their own autumn seasons in life.

As I glanced at the tiny winding dirt path going from my neighbor’s home to her next door neighbor, I realized that I missed those early childhood signs of friendship and closeness between neighbors. The paths that were created by the frequent walks to a neighbor’s home, all natural friendly foot traffic. After living in New Jersey USA, for so many years, and closer to the city, I had forgotten those tiny paths crossing lawns that were so common in my childhood.

I understood that life has changed, and that the tiny dirt roads I admire so much in paintings depicting country settings had become my reality and a symbol of simple beginnings – unpretentious, serene, simple beginnings. I found myself reminiscing, with a smile and teary eyes. Sometimes what we view as the ending is just a new beginning. 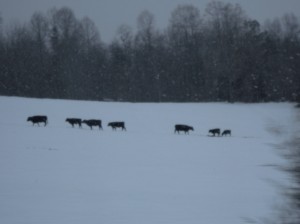 I call it adventures in living. I will be absent from this blog for a while. The time is undetermined, as I will be working along with my sidekick, building a new life, new dreams, and taking a leap of faith. During this time, I will be unable to reply to any comments or comment on any of my favorite blogs. I will miss you all, and as soon as I am able to return to blogging, I will share some of the process. I hope you don’t forget Inkspeare and stop by to read some of the older posts. We will be relocating to more natural and bucolic surroundings, and disconnected for a little while.

Wish us luck, keep us in your prayers, and may God bless you all.